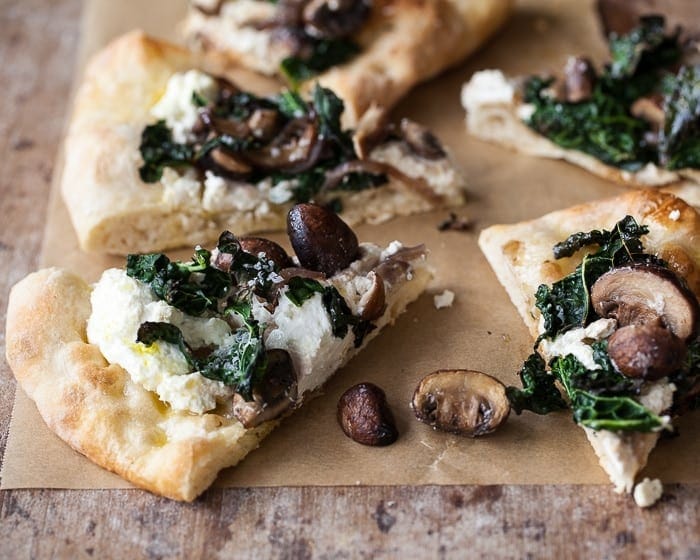 I laughed through “The Celery Incident”, a teaser episode from the new season of Portlandia; Steve Buscemi plays a sad sack salesman at Produce Sales Headquarters, taken to task for the sorry state of his account  — which happens to be celery — on the vegetable totem pole.

It’s pretty funny. Heirloom tomatoes, kale and brussels sprouts are the hot, sexy IT foods (bacon and corn play some parts, too), while celery struggles for some love.

It did make me wonder if in reality kale has its own marketing board. There’s no question kale (and healthy, green food in general) has gone viral over the past few years. But as far as I know kale ads aren’t taking the place of huge displays of Victoria’s Secret models in Times Square.

I’ve been trying to give celery a second chance in my kitchen. I use it as part of a flavor base – the soffritto – when I start cooking certain soups or sauces, but other than that I find its flavor can be overpowering when used raw or else it goes completely benign and unpleasantly mushy when cooked.

But to get back to kale, the co-star in this pizza recipe: I couldn’t be happier everybody wants some. I kind of hope it’s not just a fad that every restaurant in the land has some version of a kale salad on the menu.

I’m experimenting with a new baking steel I bought a few months ago from Stoughton Steel, a Kickstarter company – my old baking stone was a moving casualty. So far it’s been great. The steel is pretty heavy, not much more than the large stone I had before, but it has a slimmer profile.

The idea is that steel can conduct heat more efficiently than a brick oven surface. It makes a great pie pretty quickly, although even with my oven cranked as high as it will go, 500 degrees, for me it’s nowhere near producing that blistered char of a wood-fired crust. I’m going to try it next in my fireplace to see how that goes.

I made a slow-rise dough from the Brooklyn restaurant Franny’s Simple Seasonal Italian cookbook  (heads up – the dough needs at least 24 hours to proof). I haven’t made it over to Brooklyn to sample Franny’s pizza in person yet, but it’s at the top of my list; once the icebergs here in New Jersey finish melting I’ll venture out.

I used Italian “00” flour to make this pizza dough, but all-purpose works just as well. One batch of dough will make 4 approximately 12-inch pizzas, allowing for a little variety in toppings  – I made a few basic Margheritas, but this one with creamy ricotta, earthy mushrooms and kale was my fave. 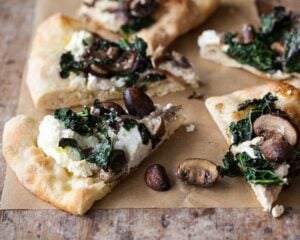 US Customary - Metric
Prevent your screen from going dark

I’m a food obsessed super-taster and professionally trained cook ALL about creating elevated dinners with everyday ingredients. Find simplified recipes made from scratch and enjoy incredibly tasty food! Read more about me here.